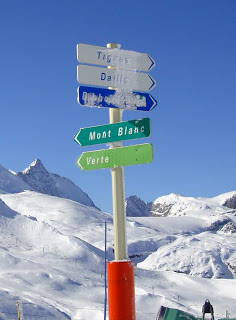 A goal, an objective…it always helps focus the mind. I’ve had Mont Blanc on my mind since a ‘boys’ snowboarding weekend in Chamonix in Feb 2006, which is remembered for three reasons:-
There’s been lots of water under the bridge (I couldn’t think of a mountain metaphor!) since then but presently back to full health and getting back into the mountains mean I feel able to realistically set myself the goal of climbing Mont Blanc next summer. I know if it were a mere tick-list item I could probably go for broke and try for it this summer but half of the fun is in the planning and preparation. I realise technically the Gouter Route up MB is not that difficult, but I enjoy learning new skills so its a good excuse for more scrambling, more winter skills/experience, perhaps a bit of rock-climbing and perhaps a trip to the Alps early next summer in advance of going for MB later in the summer. 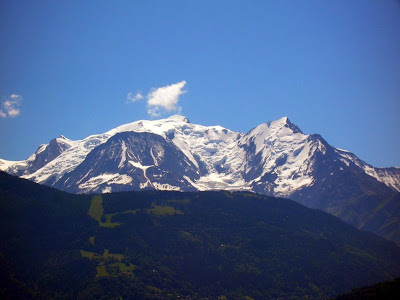 Climbing Kilimanjaro gave me some idea of the effects of altitude, though there was little aclimatisation built into the the Kili trip and I hardly trained for it. Fitness and stamina, particularly hill-fitness, will be important for MB, so there’s no substitute for getting out into the mountains. Some longer wildcamps with a heavy pack would perhaps be ideal training!! It’s also a good excuse for looking at new gear – as if I need one!!
So, in fact, just setting the goal ticks lots of boxes well in advance of actually summitting!!